We investigated whether, how and at what costs global aviation could become carbon neutral, using current jet engine technology. 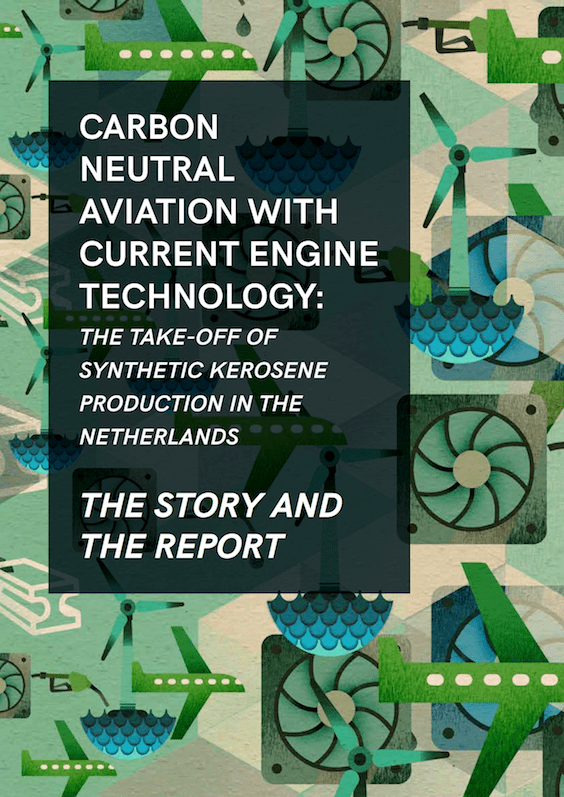 Planes combust kerosene and emit significant CO2 emissions. Aviation has grown massively and is expected to expand much further, resulting in correspondingly higher emissions if nothing changes. These emissions are not included in national or international statistics, and thus appear non-existent.

Current electrical technology is not powerful enough to transport many people over large distances. Manufacturers do not expect this to happen within the next two decades. Hence, if we want to start reducing emissions before, we have to find a carbon neutral fuel that can be used with current technology.

Why not use biofuels?

Producing bio-based kerosene from biomass still results in significant greenhouse gas emissions and requires about a thousand times more water and land than alternatives. It therefore seems that bio-based kerosene's contribution to making aviation carbon neutral is limited at best.

Why carbon neutral rather than climate neutral?

The reason an alternative fuel would be 'at least' carbon neutral is that non-carbon emissions from planes have poorly understood effects, which are generally believed to have a net global warming effect. We therefore do not know if a carbon-neutral fuel is also climate-neutral - something fully electric planes could be.

How can we make it carbon neutral?

By capturing CO2 from the atmosphere, converting it into CO and combining it with renewably produced hydrogen (H2), we can produce synthetic kerosene via conventional refinery processes. Over its life cycle, no CO2 is emitted.

Has this been technically proved?

How much does it cost?